How to Ask for Help During the Coronavirus Pandemic

It's not just you -- it's hard to be vulnerable when the world feels out of control! Here are some ideas about how to get over your reluctance about asking for help during the pandemic.

I wrote Mayday! Asking for Help in Times of Need for people just like you and me. I was interviewed by the Washington Post in 2020 and below is a reprint of that article. (You can view the original article here.)

To keep busy as we shelter in place, my teen daughter and I decided to make cinnamon buns. Unfortunately, our grocery store was out of yeast, because baking seems to be a universal coronavirus coping strategy. I thought about asking friends for some, but I didn’t want to bother them. Then an acquaintance mentioned that she had loads of yeast; all I had to do was call her to arrange a pickup. Still, the idea of doing so made me squirm. Why?

The reluctance to reach out for help is a common tendency, but it’s an important one to unpack during a pandemic. Although I can do without yeast, people isolated or quarantined are facing more urgent issues, such as bare cupboards or shortages of medicine. With deliveries so backed up, food banks struggling to meet the needs of ever more clients, and many unemployment benefits and stimulus checks delayed, they may have to call upon family, friends or neighbors for aid for themselves or for relatives. How can we make that easier?

The first step is to understand why it’s so hard to reach out. Social psychologist Heidi Grant, associate director of the Motivation Science Center at Columbia University, cites many possibilities. “Part of why we’re reluctant to ask is we assume people are going to say no,” she says. Plus, “it’s uncomfortable. We feel vulnerable when we ask another person to help us. We worry about what they’ll think of us, that we need help, whether they’ll think less of us. We worry about being a burden.”

Another reason some people are reluctant to seek help is because they haven’t seen that behavior modeled in their upbringing, says Grant, author of “Reinforcements: How to Get People to Help You.” If you grew up in a home where people felt comfortable admitting that they could use a hand, and others were good about giving one, you’re probably more relaxed about it, she says. If not, it may be a sticking point.

If we’re all caught in a dangerous pandemic, where does the impulse to help others come from?

Requesting assistance is also uncomfortable because it’s “an admission that you’ve lost control of your situation,” says Craig Parks, a professor of social psychology and a vice provost at Washington State University. “We really need to feel, at all times, like we control our situations and can determine what happens to us.”

Plus, it creates a feeling of indebtedness — you helped me, so now I owe you — even if the helper doesn’t expect this, Parks says. “Socially, there’s still going to be a lot of pressure on you to reciprocate in kind.”

Finally, there’s our tendency to compare ourselves to others and downplay our own problems. Nora Bouchard, a professional certified coach and author of “Mayday! Asking for Help in Times of Need,” says: “There are a lot of people who will say, ‘Oh, it’s not so important for me to ask. I’m not in such a bad place, or as bad a place as someone else.’ ”

Clearly, some people face significant hurdles in asking for help. Fortunately, there are several ways to surmount these obstacles.

Change the story. Remember that worries that you will be judged or in debt for seeking help are just stories, Bouchard says. Rejection, for example, is “not a fact yet,” she says. “It is a prediction, and that prediction is what causes the fear.”

Therefore, she suggests that you tell yourself a different story. “Instead of saying, ‘Oh, this is going to be awful, I’m going to look like an idiot,’ ” or, “ ‘Other people need help more than I do,’ it’s important for you to say, ‘This is an opportunity for me to connect with someone else.’ ” This shift of attitude will enable you to “breathe a little bit more easily,” she says.

Understand that your request will probably be granted. Despite our fears to the contrary, “people are about, on average, 50 percent more likely to say yes than we estimate they will be,” Grant says. “We’re kind of wrong to assume people won’t help.”

Pandemic anxiety is making us sleepless, forgetful and angry. Here are tips for coping.

Grant obtained this statistic from a study involving 90 American university students and 127 charity volunteers. The participants requested various types of aid, from lending a cellphone to donating money. People cooperated more often than the participants thought they would, suggesting the fear of rejection is often unfounded.

Know you’re not the only one in need. These days, plenty of people are receiving support. “People are so wonderfully pulling together now, and really pitching in to try to help out whoever they can and do whatever they can do,” Parks says. This spirit of we’re all in this together could “mitigate the hesitance that a lot of people have to ask for help and to receive help.”

Embrace the idea that you’ll be making them feel good, too. Evidence is abundant that people want to do good deeds and that doing so makes them happy, so don’t feel like you’re being a burden. “Opening yourself up to ask for help is a really nice thing to do for other people,” Grant says, “to give them a sense of feeling effective and feeling useful and feeling like their life is about more than their own problems. Getting the opportunity to help other people helps get us out of our funk.”

Consider it a way to get closer. It may seem like you’ll harm a relationship by being needy, but an appeal for assistance actually brings you closer. “They have a chance to really connect with you in a new way,” Bouchard says.

Plus, Grant says, “the research is clear: People like you more when you ask them for help, not less.” She points to a classic experiment that found that a cold, cranky researcher was better liked by the study participants if he asked them for a favor. “Because they had helped him, it sort of changed the whole dynamic of their relationship,” Grant says. This may be because the helper is thinking, “If I’m helping you, I must kind of like you.” (The results have been replicated. For example, one study found that 83 Japanese and American university students liked people better if they had asked for help doing puzzles.)

Be specific about what you require. When you do work up the resolve to make a request, be specific. “We all kind of wish we lived in a world where our needs were obvious to other people,” Grant says. Unfortunately, they’re generally not. They might not even be obvious to ourselves these days, with anxiety clouding our minds. So take the time to understand your requirements and who can best deliver on them.

For example, don’t suggest that your brother help care for your parents — ask him to check in with Mom once a day or drop off a care package. “Ask in a way that makes it really, really clear what it is you need,” Grant says. “That empowers other people to be good helpers, which is what everybody wants to be.”

If that’s too hard, just open the door. You could also simply start a conversation, Bouchard says. For example, propose a chat, then lead into explaining the situation and how the person might be able to contribute. “That gives everyone a little more room to really expand on what’s needed and what could be offered and when and how it could be done.”

Consider yourself to be in training. Above all, repeatedly put yourself out there. “It’s like building a new muscle,” Grant says. “You can get more comfortable, and it’s a good time to practice this.”

Which is why I found myself at my acquaintance’s home, grabbing a jar of yeast off her porch. Seeing me, she popped her head out the door to say how glad she was that I had taken her up on her offer. I hadn’t annoyed her — I’d pleased her. And the cinnamon buns were delicious.

Watson is a freelance writer and the author of books for kids, including “Extreme Abilities” and the upcoming “Running Wild.” 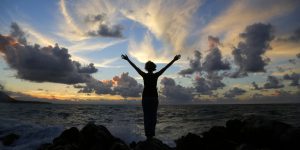 Proud to be an AuraHealth.io Coach! 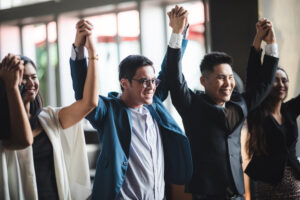 Who Is On Your Team? 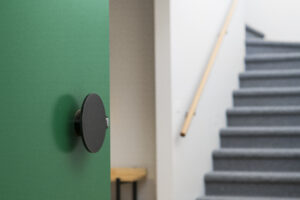 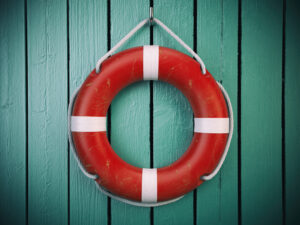 Mayday! Asking for Help in Times of Need